“I am one of the many people whom our Heavenly Father has prepared throughout the history of restoration to do a certain task. The work given me may be small, but I accept it, knowing that joined with other such works the world will be restored.” - Theodorus Verheyen

Teddy was born in the town of Noordwijkerhout on March 14, 1935 to Antonius (Toon) Hubertus Verheijen and Johanna (Anna) Gerarda de Haart in the province of South Holland of the Netherlands. He was the third child in a family of seven children.

During WWII, Teddy’s father was drafted into the military and, even at young age, Teddy had to earn money to help support the family. While barely a teenager, he quit school, went to work, and then went to night-school to learn a trade. He eventually graduated from the Marine Engineering School in Leiden, the Netherlands, and was hired as a marine engineer, sailing on a freight ship which took him to many countries, including Scotland, France, Spain, Canada and the United States. “When touching the ground of the U.S.A. I felt so good that I decided to get back there by any means.” He emigrated to Canada at age 24, and by 1962 came to California where he joined the “Unified Family” in Los Angeles in 1963 as one of its founding members.

When Sun Myung Moon came to America in early 1965 and visited the Los Angeles center, Teddy was able to meet him. Later a phone call came from Rev. Moon in Washington D.C. asking Teddy to be a missionary to Holland. Teddy didn’t feel prepared but then Abraham came to mind, who left his land without a second thought. Three days later on March 21, 1965, he arrived at Schiphol Airport in Amsterdam at the age of 30 with a suitcase and very little money. While living at the Amsterdam Salvation Army, he was able to translate the Unification Church’s holy book – The Divine Principle – into Dutch, a feat that greatly helped his missionary work. On March 28, 1969, Teddy was married with Pauline Phillips, in Essen, Germany, along with seven other couples who are part of the 43 Couples Blessing. 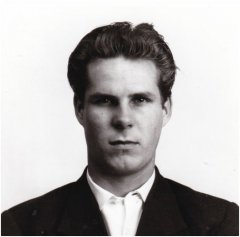 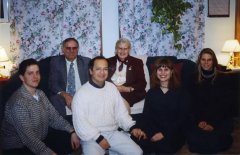 Although they started with humble beginnings, he and Pauline built up the Dutch church considerably in the next eight years. In 1970, with the help from the Vanderstock family, they purchased Huize Glory (Glory House), a castle-like manor located in Bergen aan Zee, a seaside town in northern Holland. This became the new center of the Unification Church in the Netherlands. From there, Teddy and Pauline managed the Dutch church and sent the first missionaries to South Africa, Israel, Greece, Iran and Indonesia. Teddy, along with Pauline, continued to serve as the national leaders in the Netherlands, expanding their membership until they were asked to come to the United States in 1977.

While in the U.S., Teddy served as a teacher, leader and counselor of a multinational evangelical team of 70 members. He also received his Master of Religious Education degree at the Unification Theological Seminary in Barrytown. Since graduating, he has been a guest lecturer at many different colleges, and eventually used this education and much independent research to write “The Deviation and Restoration of the Human Race,” a theological treatise that proposes to answer many of the fundamental questions about life and the universe that were posed to him while he worked as a church leader.

Published in 2006, his book is currently in institutions in more than 120 countries around the world, and has inspired countless people to live better lives.

Teddy is survived by his daughters Naeran Rubio and Tweeran Pumphrey and grandchildren Lilly, Daniel, Nari and Lara.

“Congratulations to Teddy Verheyen, the representative who dedicated his life to the victorious establishment of Heaven's homeland.”

More information on Teddy’s life can be found at tparents.org.