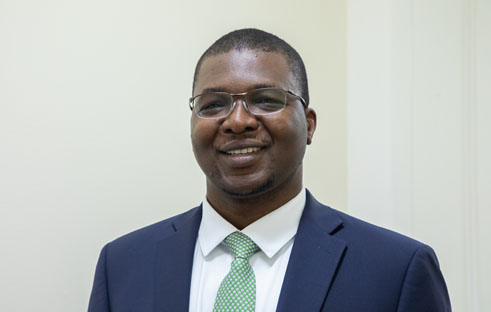 Dr. Drissa Kone, Director of the UTS Doctor of Ministry program and Assistant Professor of Conflict Resolution & Ministry, was recently invited to submit an article in the scientific journal "Akofena,” a journal of the University Felix Houphouet Boigny in Côte d'Ivoire. Akofena is an interdisciplinary journal that encourages research in the field of Languages, Communication, Literature and Civilizations.

The article addresses the concept of "Ivoirité,” an identity-based concept that has fractured the Ivorian social and political fabric in the past two decades. The article suggested practical solutions to end the conflict and invite Ivorians to the path of sustainable peace and development.

The Concept of "Ivoirité": An Identity Based Concept and its Impact on Socio-political Life in Ivory Coast

During the 19th century, Europeans imposed national borders on an area that encompassed a collection of various ethnic groups. France controlled Ivory Coast as a colony, but during the 1940s and the 1950s the native people fought for independence under the guidance of a strong and charismatic leader named Felix Houphouet-Boigny, who became their first president. Upon achieving independence in 1960, Ivory Coast initially prospered economically and enjoyed political stability, but in recent years the country has been confronted with economic problems, ethnic conflict and civil war (Obi 2007, p.10).

On September 19th, 2002 civil war broke out in Ivory Coast. The conflict split the country in half corresponding to the religious, ethnic and political lines between the people of Ivory Coast. More specifically, the country’s national identity has been fractured and the impact has been mostly negative for its people. Until today, the country is still struggling to find peace and stability. The concept of Ivoirité raises the difficult question of nationalism and citizenship in a post-colonial state composed of many ethnic and religious identities. The evolution of this concept from its inception to its use as a political tool has contributed to fracturing the social fabric of the Ivory Coast.

Continue reading….THE CONCEPT OF "IVOIRITÉ": AN IDENTITY BASED CONCEPT AND ITS IMPACT ON SOCIO-POLITICAL LIFE IN IVORY COAST