An American in Maldova: Ed Taub 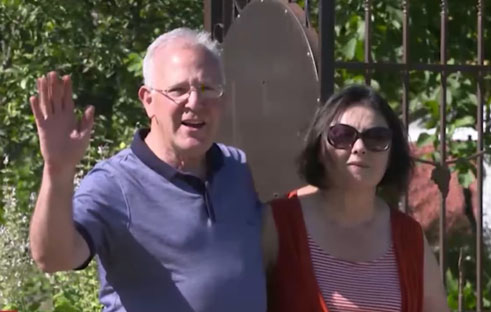 When Edward Taub retired from teaching in the Detroit Public School system a few years ago, his wife Svetlana suggested that they move to Moldova where they settled with Svetlana’s mother.

Mr. Taub soon became active in the local community, teaching advanced English using Rev. Moon’s As a Peace-Loving Global Citizen as a text. He also began to deliver a sermon once a month to the community.

Mr. Taub, known for his caring, pensive, and organized approach to all that he does has not surprisingly made an impact.

This video from Moldovan TV shared about Ed and Svetlana and their commitment to Moldova and to Sevetlana's hometown of Bulboaca.

Edward Taub is a 1983 graduate of Unification Theology where he completed the Master of Divinity track. He has also been a regular supporter of the UTS Scholarship fund for many years.

Enjoy the touching story of Ed and Svetlana in Bulboaca!

Note: While most of the video is not in English, you will be able to hear Mr. Taub speak in English from approximately 1:50 to the end.