Dr. Ward presents at the annual conference of the Academic Council on the United Nations System 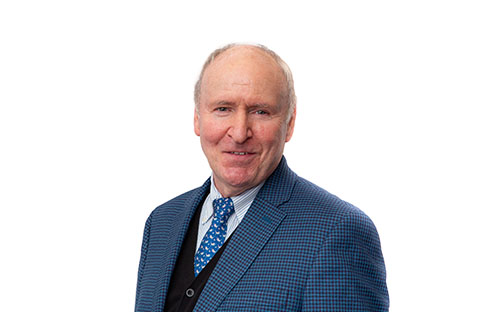 Thomas J. Ward, UTS Professor of Peace and Development, was among the academics who presented a paper at the annual conference of the Academic Council on the United Nations System (ACUNS). The ACUNS 2020 conference was conducted virtually from June 25 to June 27 through the good offices of its headquarters at the Center for Trust, Peace and Social Relations at Coventry University in the United Kingdom. This year’s theme was “UN @ 75: The Future of Partnership and Multilateralism,”

The Conference included more than 300 presentations from university professors and researchers, as well as representatives of civil society and multilateral institutions. The Keynote speaker this year was Nikhil Seth, Director of the United Nations Institute for Training and Research (UNITAR) at UN headquarters in New York. ACUNS Chair Roger Coate, Coverdell Chair of Public Policy at Georgia College, also addressed the plenary. Dr. Ward participated in a session on the first day entitled “The Role of Civil Society in an Internationalized World.” The session was masterfully chaired by Dr. Thomas Walsh of the Universal Peace Federation (UPF) who is also a UTS grad. Dr. Ward spoke on “Member States vis-à-vis International Society and the UN System.” His paper contrasted and invited reflection on the relationship between the UN Founding Charter’s focus on ending the “scourge of war” and the foci of the Sustainable Development Goals (SDGs). Ward characterized the founding objective of ending war as what pioneer peace scholar Johan Galtung has described as “negative peace” while the SDGs, he explained, represent “positive peace” due to their efforts to address the underpinnings of conflict. Ward recognized the importance of both of these endeavors. He stressed that the United Nations should remain a place where, as the words of South African President Nelson Mandela on the UN “Peace Beach” at UN headquarters remind us, “The Best Weapon is to sit down and talk.”

Ward emphasized the important role that UN civil servants play in fostering dialogue and communication even among disputing parties. He gave examples of why how they say and frame things is important. Ward was joined in this session by Leah Kimber of the University of Geneva and by Cyrile Ritchie, a longstanding civil society leader, also located in Geneva, who has served as President and currently serves as First Vice President of the Conference of NGOs in UN Relationship (CoNGO). Both presenters cogently reviewed and appreciated the important efforts made by the United Nations to invite the input of international civil society. They expressed their aspiration that the UN-Civil Society partnership can continue to be strengthened going forward.

ACUNS began at Dartmouth College in 1987. Following Dartmouth, it was hosted by Brown and then Yale University in the United States. It was next hosted by Canada’s Wilfrid Laurier University. Since 2018 its activities are overseen from Coventry University in the United Kingdom. ACUNS, which is represented in 55 countries around the world, describes its mission as “to keep scholars and practitioners engaged in research, writing, teaching, and policy practice related to the United Nations, the UN system, and international organization from a broader perspective.” It continues to serve as an important bridge between the academic world, civil society, and the United Nations. More information on ACUNS and on the Conference is available on the ACUNS website.