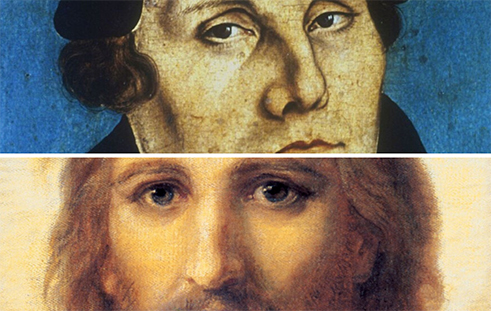 New York - In the fifth UTS Faculty Roundtable Series, Dr. Theodore Shimmyo underscored Unification Christology as a Christology of “the real unity of God and the historical Jesus,” which is largely echoed by the insights of German theologian and Protestant movement catalyst, Martin Luther.

Dr. Shimmyo opened his lecture by indicating his passion for Christian theology, including the areas of the Trinity and Christology. He is Professor Emeritus of Theology and served as UTS President from 1994-2000.

In his presentation, he said that Luther's Christology resembles Unification Christology because both believe that Jesus Christ is the historical Jesus as a man in whom God as God is really united. Although God as the Creator and Jesus as a man may be discrete from each other, they can be totally united through the dynamic duality between the “hidden” God and the “revealed” God (Luther) or God’s dual characteristics of Sungsang and Hyungsang (Divine Principle), and also through Jesus practicing love and sacrifice, following the pattern of the same dynamic dual characteristics. This is how Jesus as a created man who was fully human was also able to be fully divine.

To explain this, Shimmyo used the analogy of two “tuning forks” where they, in spite of being discrete from each other, can have their real unity of resonance, as the two prongs which each of them dynamically oscillate.

Christianity, said Dr. Shimmyo, has been basically unaware of this sort of God’s dynamic dual characteristics, thus not being able to truly unite God and Jesus. It thus only ended up proposing either “high Christology” (conservative) or “low Christology” (liberal). But Unification Christology is neither of them, being a Christology of “the real unity of God and the historical Jesus.”

His lecture this time was significant and meaningful, because it showed that Luther, who started the Reformation as an insightful biblical scholar, already developed a Christology in considerable resemblance to Unification Christology, which is quite often misunderstood in the Christian community.

Stay tuned for the details of our next Roundtable event!