No Stranger to Litigation 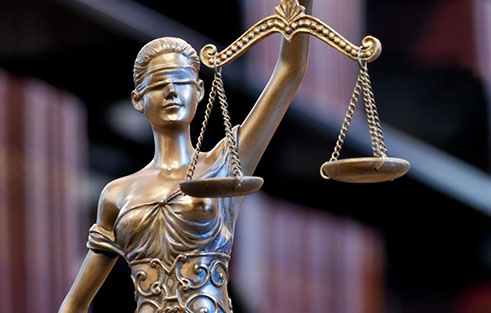 On April 14, Dr. Michael Mickler, UTS Vice-President and Professor of Church History, presented on the topic, “No Stranger to Litigation: Court Cases Involving the Unification Church/Family Federation in the United States.” His presentation was the fourth in the Seminary’s current “Faculty Roundtable” series. Due to the coronavirus pandemic, this roundtable was virtual rather than in-person. Nevertheless, some forty zoom participants joined in the lively session.

Dr. Mickler pointed out that the Seminary’s sponsoring church has passed through two phases of litigation. The first, extending from 1975-1985 focused on the church gaining acceptance as a bona fide religion in the U.S. deserving the same benefits and privileges enjoyed by other faiths. He noted that during the 1970s, the church was denied tax-exempt status, solicitation rights, missionary visas and its members were subject to forcible removal and “deprogramming.” After a decade of litigation, the church overcame these liabilities. In particular, it was able to extend constitutional protections to its members.

Having established its identity as a bona fide religion, there followed a quarter century of relative stability (1985-2010) during which the church occupied itself with organizational management and development functions common to religious groups. However, a new round of litigation ensued after 2010. This time, rather than against its host society, the church now officially the Family Federation for World Peace and Unification pursued litigation to protect its assets and religious symbols against their unauthorized use. These cases, which Dr. Mickler reviewed, have occupied the Family Federation for the past decade.

Dr. Mickler stated the Unification Church/Family Federation’s phases of litigation exemplified a pattern common to religious denominations in the U.S. and to religious development generally -- that of a new religion subject to opposition or even persecution gradually obtaining legal recognition and then as an at least marginally accepted faith, using the law to protect itself and its assets. In the discussion that followed, participants raised numerous points, including the impact of current litigation on UTS and the sponsoring church, UC/Family Federation litigation elsewhere in the world, the danger of religious persecution reemerging, and the prospect of reconciliation outside the legal process.

The next UTS Faculty Roundtable will be on April 28. Former UTS President, Dr. Theodore Shimmyo, Professor Emeritus in Theology, will present on “Luther’s Christological Insights as a Foundation for Unification Christology.”