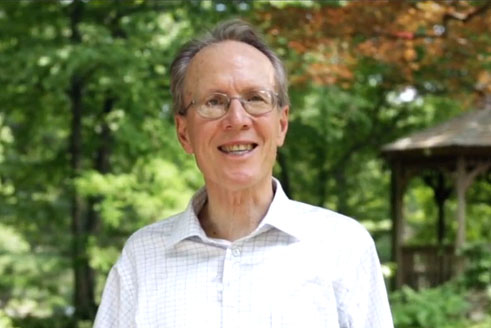 The Board of Trustees of the Unification Theological Seminary (UTS) voted on Monday, October 14, 2019 to name Dr. Tyler Owen Hendricks President Emeritus. This honor comes in recognition of over ten years of distinguished leadership and service to the Seminary between 2000 and 2010 as its President.

Dr. Hendricks (UTS class of 1978) served as the third president of the Unification Theological Seminary. Under Dr. Hendrick’s leadership, UTS gave new emphasis to strengthening professional skills for ministry and established the midtown Manhattan campus, with an interdenominational faculty and staff serving students of diverse denominations. During this time, UTS obtained approval for its Doctor of Ministry program, inaugurated in 2006, and a Master of Arts program in Religious Studies, begun in 2009.

In addition to serving as Adjunct Associate Professor in Ministry at UTS, Dr. Hendricks is the author of the True Family Values Ministry curriculum, a nationwide ecumenical ministry to raise the church’s awareness of family issues, and numerous sermons and articles. Dr. Hendricks publishes podcasts, videos and maintains a blog at True Parents Way.

"Over many decades I have been witness to Dr. Tyler Hendricks' absolute dedication to leading an exemplary life of faith and humility before Heavenly Parent and True Parents. His scholarship and theological contributions to the better understanding of the work of Rev. Sun Myung Moon and Dr. Hak Ja Han Moon are great and will be long-remembered. UTS students and community have been blessed to have Dr. Hendricks as a friend, mentor, colleague, professor, and past-president.”