Music's Moral Power: From Christianity to 2020 and Beyond 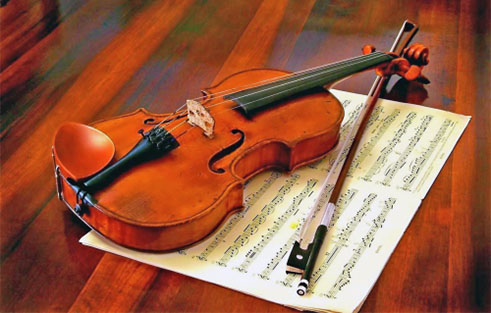 This recent article by Dr. David Eaton is being republished in UTS News with permission.

In his article Music’s Moral Power: From Christianity to 2020 and Beyond Dr. David Eaton expresses the need for people as co-creators to support God, our Heavenly Parent, in creating an ideal culture. Eaton says it is our responsibility to use our talents and abilities to assist in that process. Regardless of the style or genre of music it is the motivation and intent behind the creative endeavors that ought to be central to the creative process. As such, the moral and ethical power of music will remain an important consideration in the age of settlement.

In another conversation with her, I inquired about including more popular styles in our request for new songs for the ongoing Holy Song competitions. She cited the need for songs younger Unificationists could identify with, and as such, there should be a willingness to be open to all musical genres.

As we move toward 2020 and beyond, Mother Moon is emphasizing mentoring the next generations of musicians with regard to having a principled view of their creative gifts.

Her comment about the Christian heritage of music reminded me of Arnold Toynbee’s observation that the Christian church was the “chrysalis” out of which our Western society emerged, “the germ of creative power.” As Christianity in Europe emerged from its chrysalis, a substantial body of liturgical music was created as an expression of the faith.

Gregorian Chant and the early settings of the Catholic mass by Renaissance composers Jacob Obrecht and Josquin des Prez, and eventually Mozart, Haydn, Beethoven, and Schubert, as well as the sacred motets by Léonin and Pérotin in 13th century France and cantatas and oratorios of Bach and Handel, point to the importance of music in the evolution of Christian ritual and worship. Well-known hymns such as How Great Thou Art, Praise to the Lord, Come Thou Fount of Every Blessing, and Be Thou My Vision remain staples for many church choirs and congregations.

Initially having a timorous distrust about music being performed in the church, St. Augustine eventually came to view music as having benefits in the process of developing a devotional frame of mind toward the Almighty, thus aiding one’s spiritual growth. Augustine’s epiphany concerning music as a facilitator of spiritual enlightenment was  a precursor to Emmanuel Kant’s assertion that beauty was the archetype of revelation due to its transcendent potentialities.

Divine Principle and Unification Thought teach that when assessing art according to the Platonic ideal of beauty, truth and goodness, we should not overlook the axiological perspective: specifically values vis-à-vis morality and ethics when creating art. The concept of the moral power of the arts has been a narrative in virtually every culture and will remain so as we advance beyond 2020 into the age of “settlement.”

The Chinese, Greeks and Hebrews of ancient Israel shared an understanding that music had moral power and thus musicians had a certain moral responsibility in the communities in which they lived and worked. Their attitudes about music and musicians comport with the concept of Godism as articulated by the FFWPU founders.

Confucius readily linked the moral condition of a society to the quality of its music. The Greeks intuited that people’s attitudes were influenced by the music they listened to and the recreations they engaged in. The influence of the Greeks on early Christian culture and its art and music is easy to trace. Echoing the ideas of Plato and the relationship between music and society, the 6th century Christian philosopher Boethius stated in his influential treatise, De institutione musica, that “music is related to us by nature, and that it can ennoble or debase our character.”

Martin Luther considered music to be “a sermon in sound.” Johann Sebastian Bach, the greatest composer of liturgical music, asserted that the musical technique known as figured bass was the most efficacious way to “praise and glorify God” and to “recreate” one’s mind and soul. Johannes Brahms, a good Lutheran, read scripture on a daily basis and considered his relationship with God to be essential in order “to compose something that will uplift and benefit humanity — something of permanent value.” Schiller, Goethe and Kant considered aesthetic beauty to be a gateway to moral and ethical insight due to its transcendental aspects. For these European philosophers, art wasn’t merely entertainment but could also be a repository of moral knowledge.

Friedrich Schiller, who as a young man possessed a desire to study theology and pursue a life as a cleric, believed that one’s soul state (Seelenzustand) was edified through experiencing beauty. For Schiller, “aesthetic education” could be the basis for a moral society that would help establish the freedom that political revolution failed to achieve. Kant, who was greatly influenced by Schiller’s ideas about “aesthetic education,” understood that the pleasure we derive from beauty was beyond pure reason, yet those experiences were valid and universal — everyone had them.

David Eaton has been Music Director of the New York City Symphony since 1985. In addition to his conducting career, he has been an active composer, arranger and producer with 64 original compositions and over 800 arrangements and transcriptions to his credit. One of his recent compositions, “70 and Counting!” was performed at the United Nations as part of its 70th Anniversary concert in 2015. Another recent composition, “Sing Praise, Halleluia!” was recently performed in Korea. In 2016, he was awarded an honorary doctorate by UTS.