Mothers Lead to Make a Difference 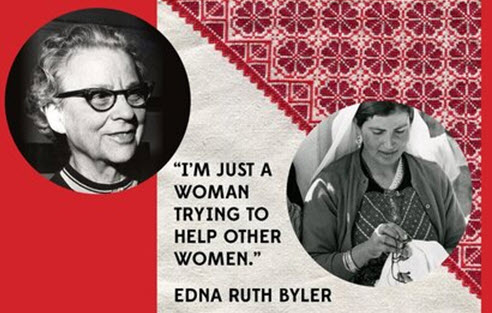 Edna Ruth Byler was someone who lived her life to make a difference.  Although I never knew her, she was raised as a Mennonite in the town where I went to college. For those of you who might not know about the Mennonites, they are a faith group that began in the 16th century during the Protestant Reformation. They are known for peace, justice and non-resistance and my father is a retired Mennonite minister.

Mrs. Byler grew up surrounding by role models who made a difference through their life.  However, in the 1930-1950’s, the role of a woman in the Mennonite Church was largely to raise the family, support her husband and serve her local church community. On a trip to Puerto Rico with her husband whose job included overseeing relief work internationally, Edna Ruth Byler discovered a way that she could make a difference.

Impressed with the intricate needlework of women in the villages, Mrs. Byler agreed to find a way to market their handiwork, thus, helping these women to support their families. Starting from the trunk of her car, she added crafts from other countries and opened a gift shop.

Now known as Ten Thousand Villages, the efforts of Mrs. Byler have grown into the largest fair trade organization in the world. This organization empowers women/artisans in thirty-eight countries to be self-sufficient and to take pride in their talents as well as pay for food, education, healthcare and housing for themselves and their families.

Ambassador Ellen Sauerbrey, former US Representative to the UN Commission on the Status of Women, spoke at the 2nd Global Women’s Peace Network Assembly in 2013. She called on women to lead in their families saying, “There is no more important mission for women than to provide leadership in reconstructing the family. That means women must be selfless, put their children ahead of their own desires and work hard to make their families strong and healthy…women have the opportunity to raise moral, spiritual and contributing citizens…this is among the most extraordinary and satisfying life she can lead and the most honorable gifts she can give.”  I agree with the Ambassador that the role of women leadership begins in the home within her own family.

We all want our children and grandchildren to have good role models.  But how do we make this happen? There are many in media, music, sports, and more—who strive to gain the following and the pocket books of our children. But most often, they do not embody the characteristics that we want our children to aspire to.

As parents, as mothers, we have the opportunity and responsibility to guide and influence our children towards goodness. In this rapidly changing culture, Maria Segelstein is a voice of support and reason for parents in her new book, “Don’t Let the Culture Raise Your Kids.” 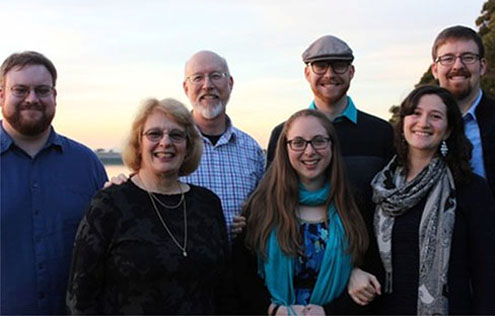 Myrna Lapres has been a teacher, administrator and educator for over 25 years but her passion is working with parents--empowering parents to strengthen their connection in heart with their children by teaching practical strategies for reducing behavior problems, increasing motivation, and building assets which contribute to life-long responsibility and resiliency for their children.

Certified as a Family Relationship Coach through Generational Healing as well as a certified Love and Logic trainer, and strongly influenced by the principles of Real Love,  Lapres is an experienced parent educator and coach who is passionate about supporting parents in raising awesome kids.

Married for 37 years, Myrna raised three sons together with her husband Michael (UTS '81) and recently became a grandparent. She enjoys traveling to new places with Michael, reading, taking walks in beautiful forests and playing her flute. Myrna Lapres invites readers to her website to explore other resources.