Heavenly Society (신사회) and the Development of Hyojeong (孝情) Culture 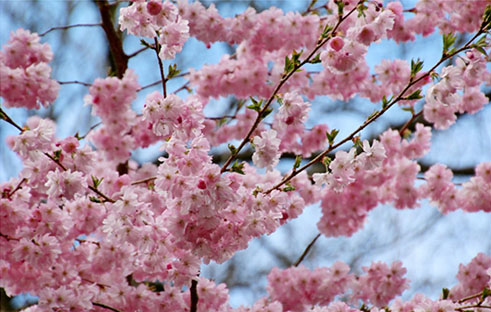 Its articles address concerns of the theological community and the professional ministry, as well as contemporary social, cultural, political, scientific and economic issues, from a Unificationist perspective.In addition, the Journal promotes dialogue and understanding by presenting papers from diverse viewpoints that engage Unification theology and practice.

“People often think that politics moves the world, but that is not the case. It is culture and art that move the world. It is emotion, not reason, that strikes people in the innermost part of their hearts. When hearts change and are able to receive new things, ideologies and social regimes change as a result.”— Rev. Sun Myung Moon, As a Peace-Loving Global Citizen, Page 157

In this article Dr. Thomas Selover explores Hyojeong Culture The traditional concept of hyo (filial piety) is usually applied within a family setting; jeong is experienced as an emotional or intuitive bond of sensitivity to the situation of others. Hyojeong is a quality of both feelings and actions. Selover posits that the concept of hyojeong can provide both the direction and motivation for working toward and developing a heavenly society of interdependence, mutual prosperity and mutual righteousness for all.

The Unification movement aims not only for the well-being of individuals and families, but also for the transformation of general society. In her recent public speeches on three continents, Dr. Hak Ja Han Moon has called for the renewal of societies and nations using the Korean term shin (신) as a prefix. This “shin” could have a connotation of “new” (新), but she intends it as meaning “godly” (神) or heavenly. Gradually, she is re-naming the national branches of the FFWPU as “Family Federation for a Heavenly (nation).” For this article, I will treat the ideals of national transformation and renewal under the general heading of “heavenly society” (신사회).

In Unification Thought, the philosophical explication of the teachings of Rev. Sun Myung Moon and Dr. Hak Ja Han Moon, a vision of the true society that people hope for is expressed in terms of the three-fold conception gongseng, gongyeong, gong-eui (공생공영공의, 共生共榮共義), known in English as “interdependence, mutual prosperity, and universally-shared values” or similar translations. The Africa Summit 2018 held in Senegal took place under the theme of this three-fold conception. This conception of mutuality provides three core requisites for a heavenly society (신사회), and points the way forward for such a society to be developed in practice.

Dr. Thomas Selover is President of SunHak UP Graduate University (formerly Cheongshim Graduate School of Theology). A UTS graduate (’77), he received his doctorate in comparative religion and Confucian thought from Harvard University and has taught at universities and colleges in Canada, the US, China and Korea. He is currently serving as international president of the Professors World Peace Academy.