Abortion and the Definition of Human Life 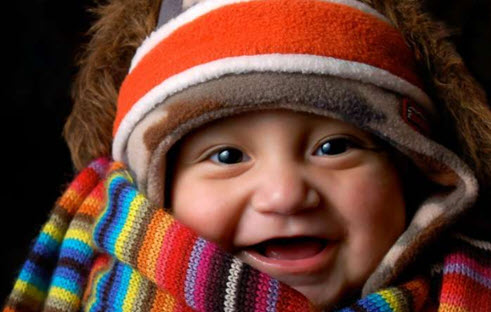 Is the fetus a human being with sacred, inviolable rights, or is it just a clump of cells that might be inconvenient for a woman, much like a boil that can be removed at will?

The recent controversy about New York’s Reproductive Health Act and its stipulation that abortion can take place up to the moment of birth, followed by Virginia Governor Ralph Northam’s remarks which seemed to approve of infanticide have highlighted key variables in the arguments about abortion.

Pro-choice feminists argue that it’s all about a woman’s right to do what she feels is best for her body, and that anyone arguing against abortion is a misogynist and a tyrant. This view rests on suppositions that are, in the opinion of many pro-life advocates, entirely untrue. They are:

So, let’s explore those three assumptions.

The Fetus is Just a “Clump of Cells”

To me, this is the heart of the argument.

Is the fetus a human being with sacred, inviolable rights, or is it just a clump of cells that might be inconvenient for a woman, much like a boil that can be removed at will?

The New York Reproductive Health Act (Senate Bill 2796) clarifies that babies in the womb are not persons. See the following url for the full text of the bill: https://www.nysenate.gov/legislation/bills/2017/S2796

[1.] “Person,” when referring to the victim of a homicide, means a human being who has been born and is alive.

As reported by ChristianNews.net, in an article by Heather Clark on February 10, 2019, titled “NY’s New Abortion Law Allows Man Who Killed Pregnant Girlfriend to Get Away With Death of Unborn Child,” Anthony Hobson, who killed both Jennifer Irigoyen and her unborn child, was only charged with the mother’s death.

Killing the child became irrelevant under the law, because the unborn child was not a person.

§ 2599-AA. Abortion. 1. A health care practitioner licensed, certified, or authorized under title eight of the education law, acting within his or her lawful scope of practice, may perform an abortion when, according to the practitioner’s reasonable and good faith professional judgment based on the facts of the patient’s case: the patient is within twenty-four weeks from the commencement of pregnancy, or there is an absence of fetal viability, or the abortion is necessary to protect the patient’s life or health.

… the exception that was defined in Roe companion case Doe v. Bolton as “all factors — physical, emotional, psychological, familial, and the woman’s age — relevant to the wellbeing of the patient.” In other words, abortion will be available to women essentially on demand up to the point of birth.

In my opinion, laws allowing abortion up to birth are possible because their proponents choose to believe that a child growing in a mother’s womb is nothing more than a lump of flesh. To me, this view is influenced by two primary motivating factors:

1. Babies Can be Seen as a Huge and Inconvenient Responsibility

Having a baby that was not planned can be an enormous burden to mothers and their families. In some cases, mothers-to-be are overwhelmed with the consequences of bearing and raising a child, and choose abortion as a way out of their predicament. Although abortion can indeed be offered as a compassionate response to the mothers-to-be, it has also allowed abortion to become an all-too-convenient solution to any unwanted pregnancy. It is such an emotionally difficult procedure that it can sooth one’s conscious if the “fetus” is considered less than human—just a “clump of cells.” In essence, a “woman’s right to choose” can become an excuse for what many would call a narcissistic viewpoint.

Read the rest of the article here.