Is There a God and What is God Like? ~ Exploring the evidence of love 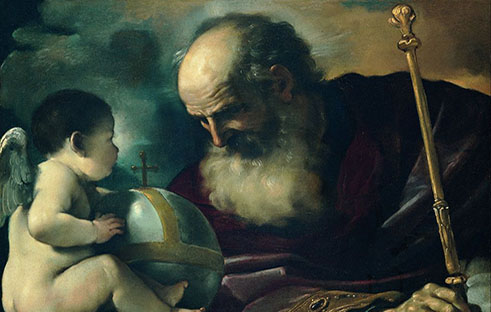 Is it non-intellectual and foolish to believe that God exists? Is there any evidence in the world around us that will demonstrate that God exists and also show us what God is like?

Whenever I kiss our cat on his forehead, he begins to purr. When I place my cheek against his, and hear and feel the contentment of his purring, I sense an invisible but palpable energy of love pass between his consciousness and mine. He expresses and responds to love, as do I.

When I walked on the beach one wintry afternoon, with a half-moon riding along the clouds that flowed from a sunset over my favorite meadow, my soul lifted and expanded in response to the beauty and love expressed in front of me.

Lives of tragedy, captivity, hostility, or pain may grind down our perception of love and beauty. Lives of busyness may distract us from the subtleties of life. But at some point we all have experienced at least a fleeting encounter with a pure and transcendent moment of beauty, of kindness, and of love.

I submit that God is the author of that love and beauty—that God not only created all of the beauty that we perceive in the universe, but by God’s very nature inhabits the beauty and love that we see all around us. It is accepted science that material things consist of various elements from the periodic table, made up of molecules, atoms, and finally energy. I believe that the ineffable and invisible qualities of life, such as love and beauty, are also very real, very powerful, and have an intelligent source as well.

There are many reasons for people to not believe in God or dismiss the relevance of God. Some reject the notion of God because God has been presented and represented by various religious peoples as a God who is unforgiving, harsh, cruel, and even hateful. Some have rejected God because of personal pain in their lives, thinking that since God did not prevent their tragedies, it must mean that God does not exist—or at the very least, is not worthy of regard.

Others reject God because God has often been depicted as a male Creator, a “Lord” or “Father” that did not seem to represent the women who make up half the human race. Many reject or ignore God because they simply cannot feel the presence and love of God in their life.

So, thus the questions: is there a God and what is God like?

The debate between atheists and those who believe in God has been a lengthy one. I propose a “point of order” to that debate—a question posed to those who don’t believe in God:

If adequate evidence was presented to demonstrate that the universe was created by an Intelligent Source who embodied all of the best qualities of life (such as love, kindness, compassion, fairness, justice, and integrity) would you feel comfortable accepting that evidence and agreeing that yes, indeed, an Intelligent Creator exists?

I ask this because it seems to me that atheism is not only an intellectual position—but an emotional one as well, as described above. This is not meant to fault the views of atheists, because it makes perfect sense to reject the idea of a cruel and malicious God who simply watches as human beings sink in and out of misery. But what if God was not cruel and malicious after all?

Photo of Viggo the Cat, by Peter Falkenberg Brown

This also doesn’t fault the ethics or qualities of goodness that are present in many humans who espouse atheism, or other religions or thought systems that don’t include the idea of an intelligent creator. There are many kind and loving people who don’t believe in God, and there are many malformed and cruel humans who have very strong beliefs in their versions of God.

This is simply an inquiry into the existence and character of God. I use the word “God” for convenience, to describe “the Intelligent Creator of all life.”

I do not believe it is useful to debate doctrine or personal beliefs. Humans are stubborn creatures, and don’t easily change their views until they are ready to do so. That readiness is often sparked by some level of dissatisfaction with their current view of life, whether atheistic or religious. Sometimes, their dissatisfaction stems from a feeling of stultification within their current creed, or disillusionment with the practitioners of their religion.

For whatever reason, we change our beliefs when we wish to. Still, even though we all may currently be living within what Dr. Deepak Chopra calls “boundaries of belief,” is it not valuable—or at least intellectually and spiritually interesting—to open our horizons to discussions of what might be true about God and the universe?