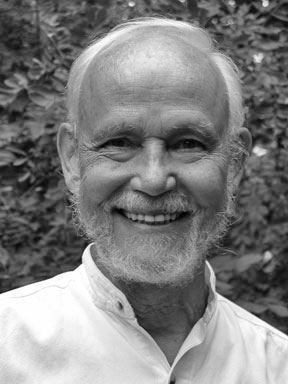 One of the most difficult things to do when summing up the life of a famous person is the inevitable question of “What to put in and what to leave out?” It’s sort of like asking someone what their favorite food is, there are so many to choose from.

In the case of Huston Smith, who passed away at his home in Berkeley, California on December 30, 2016 at the age of 97, a better, and more relevant, question would be, “who more than he embodied the essence of the spiritual journey we have all been on over the past eight decades?”

Born to Methodist missionary parents in China in 1919, Huston Smith came to the U.S. to study at the age of 17 hoping to follow in his parents’ footsteps. His plans took a sharp, and abrupt, turn when he was introduced to the mystical writings of Gerald Heard, Aldous Huxley and others, forever changing his path. He now felt more called “to teach, not preach,” as he put it.

Although he remained a lifelong Christian and minister in the Methodist church, his spiritual journey took him into the teachings and practices of Hinduism, Buddhism, Islam, and American Indian rituals. Some trips he took were of the more conventional type through study and practice, other “trips” he made with mind-altering substances such as mescaline and mushrooms. He concluded this part of his life’s journey with the now-famous quote, “The goal of spiritual life is not altered states, but altered traits.”

Not afraid of controversy or to try new things, he introduced the Dalai Lama to America and the chanting monks of Tibet, worked for 10 years to get American Indians the right to use peyote as part of their rituals, and was the president of a Vedanta Hindu society, and a Methodist minister at the same time.

"The ripples in the cosmic pond that float outward from where Huston Smith made his splash, reach the far shore.”Warren Lewis, UTS Prof. Church History 1975-81

On April 27-28,1981 Dr. Smith, then a professor of Religion and Philosophy at Syracuse University, was invited to the Unification Theological Seminary (UTS) to give lectures on Hinduism to the World Religions class, and a decades long association with the Unification Church, now the Family Federation for World Peace and Unification (FFWPU), ensued.

Dr. Smith and his wife, Kendra, a psychologist, were also active in working with the Religious Youth Service (RYS), the Youth Seminar on World Religions (YSWR), the Assembly of World’s Religions (AWR), the International Conference on the Unity of the Sciences (ICUS), and, for many years, was head of the Inter Religious Federation for World Peace (IRFWP). 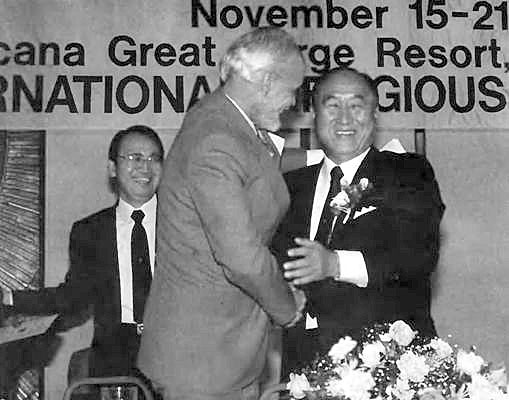 Photo: Dr. Huston Smith with Rev. Moon at the Assembly of World’s Religions

The 1989 RYS Program in Italy, in which 110 people from 36 countries participated, is a prime example of the type of work and involvement he and his wife brought to their work in guiding the educational program.

“The rich history of Italy holds so much of the development of Christianity at its roots”, stated the RYS website. “Therefore, the RYS selected Italy to host its major global project for 1989, with the orientation beginning in Rome. The cultural, historic and sightseeing programs were outstanding. The educational program guided by Drs. Huston Smith and Kendra Smith offered not only a deep understanding of Christianity but of aspects of all the major world religions

“He really embodied a beautiful spirituality,” said John Gehring (UTS ‘84), who was the Project Director on the Italian RYS project and worked closely with the Smiths. “He loved giving and helped us launch the Religious Youth Service in its early days.”

Dr. Frank Kaufmann (UTS’79) also worked very closely with Dr. Smith at the IRFWP and offered these words on his passing:

“Huston Smith was head of the Inter Religious Federation for World Peace for many years, a great and wise guide for our efforts for peace and reconciliation and collaboration among believers, as believers are we all. We will greatly miss Huston here on the earthly plane, and pray that we may continue entwined in him and his continuing light. Blessings Beloved Huston.” 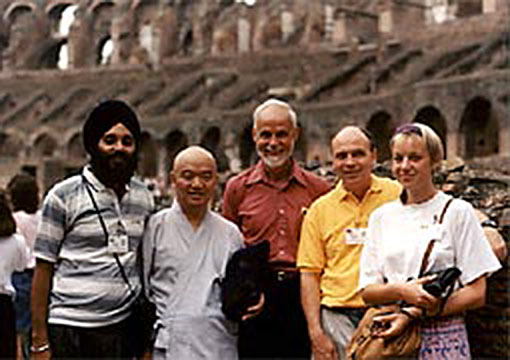 A lecturer and presenter at conferences organized by the FFWPU, he gave the “Plenary Address” at the God Conference in Seoul, Korea in 1984. During his address, he not only lamented the fact that the organizing force behind the conference, the Rev. Dr. Sun Myung Moon, was not only a very controversial figure but an incarcerated one.

He gave an impassioned accounting of the many religious people throughout America’s history to either be unjustly imprisoned or killed by the American government for their beliefs.

As he so eloquently put it, Rev. Moon was just “the new kid on the block” and because his teachings and ethnicity were different, he somehow must be stopped, no matter how many laws had to be broken or deceptions practiced to do so.

UTS alumnus Dr. Jonathan Wells (UTS ‘78), who holds two PhDs - one in Molecular Biology and one in Religious Studies - and is a leading advocate for the principle of intelligent design, reflected on his relationship with Dr. Smith and the time they spent together.

I first met Huston Smith in the early 1980s, when he led the Youth Seminar on World Religions and participated in the conferences on God: The Contemporary Discussion. Huston was a gentle giant: He was a giant by virtue of his towering intellect and exalted spirit, yet he was a soft-spoken gentleman, always humble in spite of his superior abilities. In addition to being an expert on the world’s religions, Huston was an unusually well-informed and eloquent critic of Darwinism, and in the 1990s and 2000s he and I were involved together in the controversies over evolution and intelligent design (ID). My wife and I had so much respect for him that Huston is our son’s middle name. We will miss him."Jonathan Wells Ph.D. (UTS'78)

Dr. Warren Lewis, professor of Church History at UTS from 1975-81, perhaps summed up best Dr. Smith’s impact and influence in the world with these humble thoughts:

“Thanks to Huston Smith, I was able to transcend the cultural confines of my childhood religion, and embrace fellow travelers in our common journey back to the stars. The first book I ever read about "world religions" was his famous little book, and everything else I ever thought about in that field was based on what I learned from Professor Smith. The ripples in the cosmic pond that float outward from where Huston Smith made his splash, reach the far shore.”