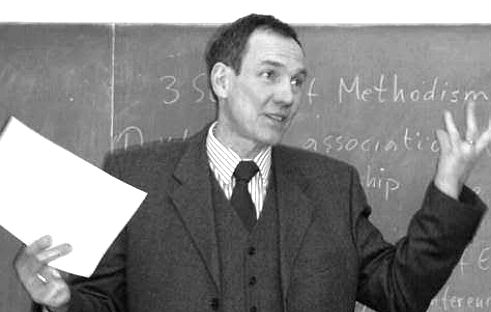 We are sad to announce that Dr. Dietrich Seidel (UTS'77), a professor at UTS for 12 years, passed on November 19 in San Diego with his family by his side. He had been suffering from leukemia for some time.

Dietrich Seidel, DI. (M.S.), Ph.D. (UTS'77) was born in 1943, the middle of World War II, in the small Austrian town of Pernitz, in the Piesting valley, about 40 miles south of Vienna. Pernitz, especially the home for mothers in Feuchtenbach, was known for creating a new beginning for humanity by raising babies that came from selected parents. His German father, Friedmar, educated as a civil engineer, was part of the security forces who protected the life of Adolf Hitler, and Margaretha, his Viennese mother, fulfilled the conditions for making a new ‘human race.’ However, they divorced shortly after the end of the war, a painful event that reflected the confusion and hardships of the post-war era. Later on, in 1951, his mother remarried Dr. Cyril Vesely, who did his best to raise Dietrich and his older sister, Gisela.

Dietrich’s earliest childhood memories were of the sound of sirens warning the inhabitants of Vienna of bombing raids and huddling in shelters hoping to survive the explosions of the bombs. He recalled seeing a soldier pointing a gun at his mother, his sister and himself, in an open field in the middle of the night, and with the voice of a three-year-old he shouted, "Please do not shoot." Another memory from his elementary school time was when his best friend said he wanted to become a Roman Catholic priest. Dietrich wanted to apply this future plan to his own life, as close friends often do, but hesitated. On the one hand, he understood dedicating his life to God in response to the gratitude he felt for being alive. On the other hand, all his hope and joy about life was rooted in the experience of a loving family and he knew that priests were not permitted to marry. From that time on, he repeatedly asked himself questions about God and His providence, especially about why Jesus could not marry and have his own family and in this way be an example for his followers.

As a teenager, his interests turned to science, especially telecommunication. He studied at the Technological Museum of Trade and Economy for five years and qualified to continue studying electrical engineering at the Vienna University of Technology. During these formative years as a student, he soon realized that science has limitations in answering the important questions of life: ‘Why am I here?’ or ‘Is there a life after I die?’ Even if he made a great scientific discovery, how could he be sure that it would be used for the benefit of humanity?

During his mid-twenties, Dietrich was guided towards a spiritual vocation. He vividly remembered a conversation with a Roman Catholic priest who served at the St. Stephen's Cathedral in Vienna. At a 5 a.m. mass he showed the priest an invitation he had received to learning about a new spiritual movement that was dedicated to bringing unity to Christianity and to advance interfaith dialogue. “Find out for yourself,” this priest said, “if you find something good, take it, if it is not good stay away from it.” This was the beginning of studying the Divine Principle.

Dietrich found that his Catholic faith and the Divine Principle seemed to work together well, like two parts that create one whole sphere. If there was a Catholic theological mystery, the Divine Principle would give a clear answer towards fulfilling the original purpose of Creation. After four weeks of studying and a few sleepless nights in which the heart of Jesus became clearer, Dietrich dedicated his life to Rev and Mrs Moon  on September 21, 1968.

In 1968 there were several outreach centers in Vienna under the leadership of Reverend Paul Werner and Christel Werner. Reverend Werner was the first pioneer in Austria, having started his mission in 1965. At that time, they moved the apartment from the Zirkusgasse, located in Vienna’s 2nd district, to the Schluesselgasse in the 4th district. This was an important move because most parents associated the Zirkusgasse with one of the ‘Red Light Districts’ of Vienna. 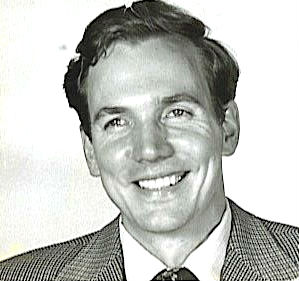 A few months later, he was called by Reverend Werner to present Divine Principle lectures at the University of Vienna together with a few students who were also in their last year of study. They formed the ‘New Center,’ a movement that showed the way towards building God’s Kingdom and which became later CARP (Collegiate Association for the Research of the Principle).

In February 1969, the whole Austrian Unification movement, about 30 people, drove with three VW buses to Essen, Germany, to attend ‘the Blessing’ of 43 Couples with Rev. and Mrs Moon as the officiators. This was an important event, because it signified the first Unification marriage Blessing outside of Korea. There were nine couples in Essen, representing all of Europe. They used the rooms dedicated to the Socialist Party in Germany and after preparing everything for the Blessing, the caretaker said, “it looks just like the Marriage Supper of the Lamb.”

It was a lasting experience to meet Rev. and Mrs. Moon in person at the Essen Airport. Intentionally and strongly,  Father Moon shook hands with everyone from the European movement and together with Mrs. Moon encouraged them  to remain faithful and to continue God’s providence. At the time of this Blessing in Essen,  Father Moon switched around the Unification national leaders of Germany and Austria. Reverend Paul Werner together with his wife Christel became the leaders in Germany, while Reverend Peter Koch together with his wife Gertrud took over the leadership positions in Austria.

After graduating from the Vienna University of Technology in the summer of 1970, Dietrich worked for more than two years as a research assistant for Prof. Weinmann at the newly founded ‘Institute for Remote Control Engineering.’ During this time Peter Koch purchased a farm about 1.5 hours’ drive from Vienna. Dietrich was involved with the renovation, reinstalling all the electricity in the building including the water pump. After much restoration work, the old farmhouse turned into a beautiful weekend seminar building where many Divine Principle lectures were given to guests.

At the beginning of 1973, Dietrich decided to move to the United States, pursuing missionary work and studies in theology. About 120 Unification members from Europe, like a modern version of the Mayflower, arrived in the USA and were welcomed by Rev. Moon at the airport. After spending two weeks at the Belvedere training center, Dietrich became the ‘Mobile Unit Commander’ in Utah for nearly two years. Then, in the summer of 1975, he became a pioneer missionary in the city of Worcester, MA, after attending the 100-day workshop with Reverend Sudo in Barrytown.

The Unification Theological Seminary (UTS) was founded in the fall of 1975 and Dietrich was invited to attend the first class together with about 50 other students from many different nations. He found it quite a challenge to study theological subjects after having studied natural science.

In February 1977, he met his wife Elisabeth in Tarrytown, NY, through the couples matching of Father Moon. Dietrich was asked by Father Moonif he wanted to have theological discussions with his future wife or if she should just have a good heart. His answer was that a good heart is more important than intellectual education, and that was the way he met Elisabeth.

A few months after the marriage Blessing ceremony in 1977, Dietrich completed his two-year education at UTS, being a graduate of the first class in 1977.  He and Elisabeth moved to Toronto where Dietrich continued his studies for a Ph.D. in theology at the University of St. Michael’s College. There he met Prof. Herbert Richardson, who later became his thesis advisor.

The first president of UTS, Dr. David S.C. Kim, sent them a VHS video player so they could show the professors of St. Michael’s College and other interested people the latest videotapes about the movement. They had many evenings in their small apartment where they invited professors and students and introduced them to the teachings of True Parents. 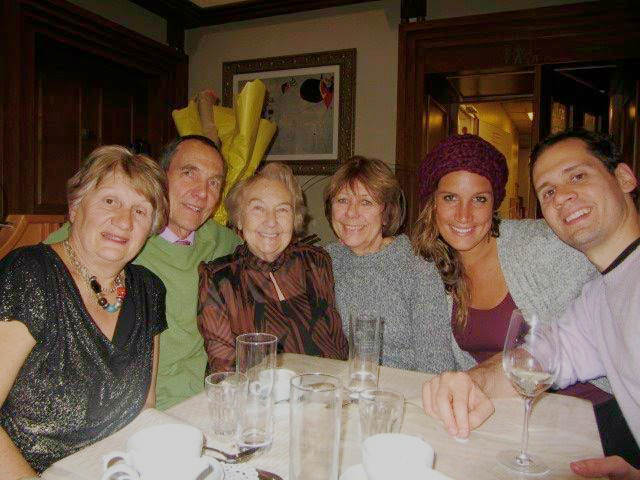 Both their children, Christopher and Diesa, were born at the Toronto Western Hospital; Chris in 1978 and Diesa in 1980. Building his marriage with Elisabeth and raising their children became for Dietrich the path of discovering the heart of God. He developed a keen interest in topics that were related to marriage and family, not just from a theological viewpoint but also in terms of practical skills of relationship building. Here were the roots for developing courses on marriage and family and activities conducting relationship and marriage enrichment seminars together with Elisabeth. They later founded a home business, ‘Life Enrichment Enterprises,’ to help couples with their marriage relationship and child rearing.

After finishing his graduate studies in theology in the summer of 1987, the family moved to Barrytown, NY, where Dietrich started a full time teaching position at UTS, teaching theology and related subjects for 12 years. He developed an interest in philosophy and the emerging field of science and religion. In 1996, he won the Templeton Prize for developing a syllabus for the course ‘Science and Religion.’ He also taught courses related to psychology, philosophy, and science at different places like Marist College in Poughkeepsie and mathematics at Bridgeport International Academy.

In 2003 Dietrich went back and forth to Europe as a visiting professor at Vienna International University and Webster University. While there he taught teleclasses on marriage and family, and science and religion. He also organized forums with religious leaders, and conferences and events for a peaceful world. He always loved his students, reconciling their different faiths through dialog and his example of showing love and respect to all churches.

Dietrich was a reconciler, and a unifier. He never complained, never kept grudges, and always showed love. In 2009 he suffered from a stroke and his health began deteriorating.  He was diagnosed with leukemia a few years later. He had an unshakable faith and never doubted. He was always his wife’s most beloved, and she his. One of his last sentences was “I will be always with you, forever together.”

The Seonghwa memorial ceremony for Dietrich will be held on:
Sunday, November 27 at 12:30 pm on the Barrytown campus of UTS (Lecture Hall 1).