UTS Alumni in Tarrytown Preach on "Saving America for God" 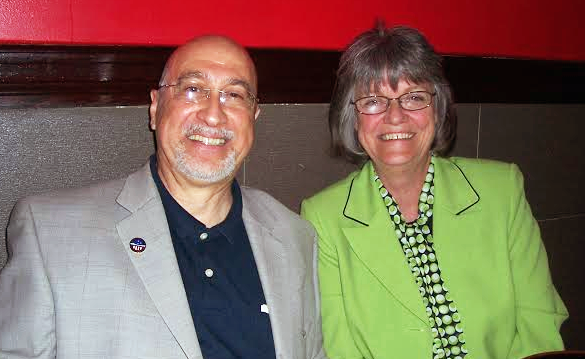 After UTS graduation, both volunteered, in 1984, to be full-time City Leaders for the CAUSA mission at State College, PA, and in Altoona, PA. When they moved to New Jersey in 1987  they continued doing CAUSA work and civic engagement.  With that foundation, Anthony ran for public office as County Committeeman and won for the next two years. Dr. Donna participated in Campus Ministry while completing her doctorate in Theology and Literature at Drew University. In 1992, they staffed religious education, 21-day seminars in the Crimea and then moved to Moscow, Russia in 1993 to serve as volunteer missionaries for almost a year. Since that overseas mission, both of them have continued to participate in the American Clergy Leadership Conference (ACLC), in the Universal Peace Federation (UPF), with UTS alumni, and in civic engagement to promote principled leaders in public policy and government.

Sunday service began with three songs and then several readings from Rev. Sun Myung Moon's "God's Hope for America" and "God's Plan for America"
that were delivered in 1973 and in 1975 to the U.S. Congress. Then followed a creative musical selection by Raoul Joseph and two choir members singing "My Country 'Tis of Thee" while standing in the midst of the congregational seating. The song evoked a deja-vu feeling of early American days with the drumming by Jack La Valley as background.

Dr. Donna spoke first about the rewarding and enriching nature of visiting so many different churches and hearing from a range of preachers and faith representatives while she and Anthony served in the CAUSA mission. They taught bi-monthly seminars on Communism in the West and Godism, a worldview and counterproposal to Marxism.  At that time, they began listening to the televised sermons of Dr. D.James Kennedy, well-known for his patriotic and educational sermons about the American heritage and the role that religion played in America’s founding.

Their presentation then showed a video of Dr. Kennedy’s 15-minute sermon on "The Bible and the Constitution." Dr. Donna then commented on how Dr. Kennedy’s sermon in 1987 had echoed Rev. Moon's prophetic speeches in the 1970s.  Kennedy educated his congregation about the role of religion in the framing of early American morality, education, and the Constitution, specifically highlighting Bible and the Ten Commandments. Concluding the sermon, Kennedy admonishes his congregation to pray for America and to participate in voting and civic engagement.

Kennedy was also a civic activist for faith, family values and freedom. In 2005, he promoted a “Constitutional Restoration Act” that would empower Congress to impeach any Supreme Court Justice who went against Godly values and the Constitution. Before he died, he began his own conservative political action organization called, "Reclaiming America for Christ." As a passionate defender of religious freedom, Kennedy was also one of a group of ministers who came to Rev. Moon's defense just before Moon was sentenced to Danbury prison.

Anthony Ferrantello then spoke and expressed that, if you see a tear in his eye, it is because we are at a sad point of American history. As Rev. Moon and Dr. Kennedy prophetically had warned, the loss of Godly values and faith would create many conflicts. Anthony explained that we are seeing this in today's society and are experiencing the loss of moral standards and religious freedom. Anthony summarized events in the past that pointed to this decline. He cited cases of egregious judicial activism as early as the mid-1960s. He noted that in 1980, Stone vs. Graham, the High Court ruled that the copies of the 10 Commandments displayed in a Kentucky high school were also a violation of the separation of church and state and explained that "they might cause people to venerate them and obey them."

Yet, our Founding Fathers were religious people and even the public school movement had allowed the use of the Bible to teach reading to elementary school students. Thomas Jefferson was an advocate of keeping the Bible as a reading text and was even invited to be superintendent of the school system. This is evidence that his quoted phrase of the "wall of separation between church and state" did not mean to separate religion from society. Anthony explained that Thomas Jefferson's meaning, first expressed in a letter to a Baptist Church, was that he was not going to establish one national or state church (the Congregational Christian Church), as the national church. Jefferson wrote that all churches would have access to public life, not just one.

Later, atheist judges misconstrued these comments to mean a complete rejection of religion in public life.  The Supreme Court ruled later in the Abington School District vs. Ship (1963) case that schools could not put Bible education in the curriculum because "it might endanger students' mental health." Then, prayer was also deemed a violation of the Constitution. 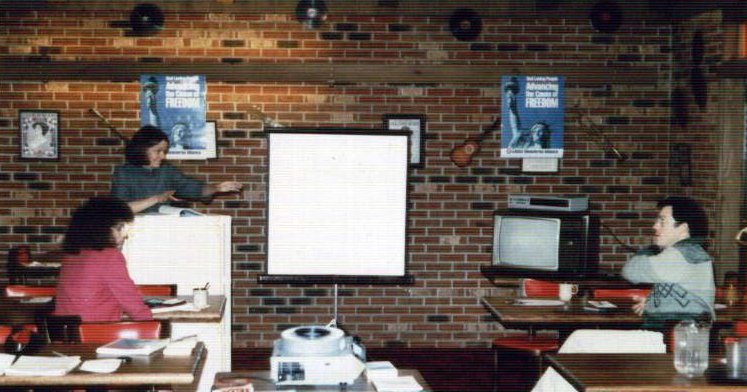 As Anthony expressed, "Nowhere in our Constitution, Bill of Rights or the Federalist papers is there any mention of a wall of separation between religion and state. Jefferson's letter to the Baptist Church had been completely misconstrued and used as court evidence when it was not in those founding documents.”

Anthony then quoted Thomas Jefferson who said, "If a nation expects to be ignorant and free, it expects what never was and never will be....." and further said, "I have sworn upon the altar of God eternal enmity on all forms of tyranny over the mind of man." Acknowledging this past Veterans Day, Ferrantello thanked our soldiers who had defended our freedoms. He then prayed for America to be reclaimed for God with the spirit of George Washington, Thomas Paine, John Adams, Benjamin Ross, and the founders of the American cause. Encouraging  the congregation, he called for them to "Reclaim America, its founding principles, and Godly values.“  In conclusion, he said: “Let us, as Unificationists, be the salt and the light and push back the darkness.”

The sermon was well received by the congregation. One member commented that she had been “waiting to hear a sermon about America for a long time." Another comment was that "the sermon presentation blended all the needed ingredients of spirituality, with educational and intellectual content." Another comment: "It was so inspiring to see a Blessed Couple together giving the presentation."