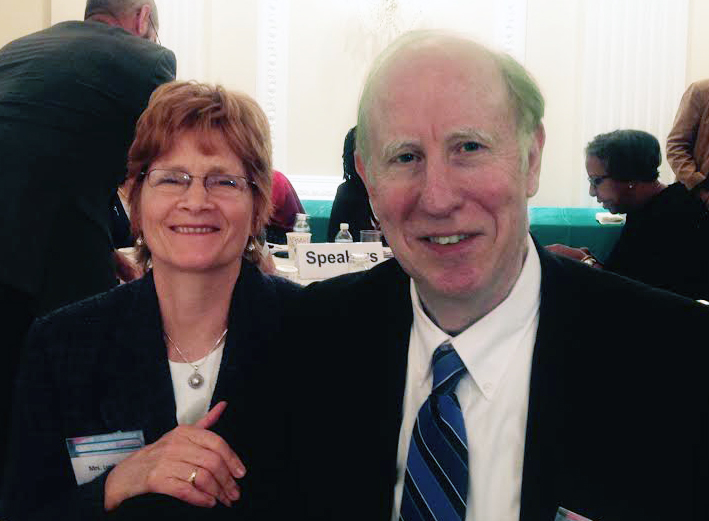 UTS President, Hugh Spurgin, had declared in a speech to the Top Gun conference in Las Vegas, November 6-8, that UTS alumni were leading projects and ministries across the nation, but that few people knew about it.  Alumni may not be flaunting their affiliations, but there is no doubt they are putting UTS skills training to good use in managing God-given programs in the Washington, D.C. area.

On Saturday, Nov. 14, Dr. Michael Jenkins (UTS’77 &’12), was out and about early. He and Archbishop George Augustus Stallings, who is an adjunct professor at UTS, were holding an 8:00 a.m. Bible Study for young adults at the Washington Times building with Divine Principle as a study guide. A UTS trustee, Rev. Ernest Patton, and several UTS alumni were on hand to participate, including Doug Burton (UTS’82), Elizabeth Henkin (UTS ’79), Nicholas Kernan (UTS’92), Dr. Jose Ferrete (UTS’84 &’13), and Sonoko Steinbronn(UTS’88). The Bible study is an ongoing program which is usually held on the first Saturday of the month.

At 10:00 a.m. in the same building, alumni were prominent at the American Leadership Conference which held an event under the banner title of “America at a Turning Point: Principles and Values for Building.”  Dr. Ki Hoon Kim (UTS ’95), Continental Chairman of the Family Federation for World Peace and Unification, North America, gave welcoming remarks to a packed crowd. 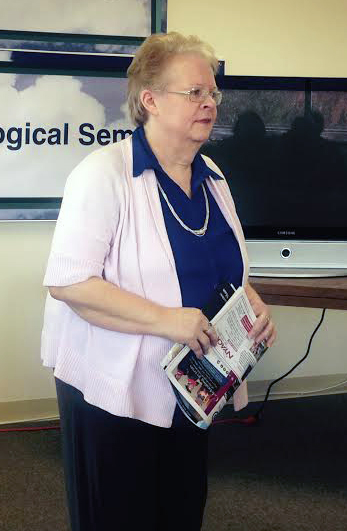 Dr. Thomas Walsh (UTS ’78), President of the Universal Peace Federation International, gave a well-attended slide show on “Universal Principles of Creation,” a modified version, of the Divine Principle’s first chapter.  “True love is the first and foremost principle of the Universal Peace Federation (UPF),” according to the Founder, Rev. Sun Myung Moon,” Dr. Walsh explained at the outset. He went on to explain that the purpose of the Unification Principle was to “solve real human and social conflicts.”

Dr. Walsh also contributed to the afternoon panel on the topic of “Interfaith Cooperation: World Crisis and a Road Map to Peace.” In the next panel, “Marriage and Family: Family is the ‘School of Love’, Mrs. Lynn Walsh (UTS ’81), director of the UPF’s Office of Marriage and Family, presented. In the final panel, “Youth and Service for ‘Living for the Sake of Others,’” Dr. William Selig (UTS ’81 &’12) served as the moderator. The day-long conference featured 13 speakers and closed with the presentation of Ambassador of Peace awards to nine of the attendees.

Across town in the suburb of Clinton, Maryland, other UTS alumni gathered at the first Open House of the Extension Site of the Unification Theological Seminary.  Dr. Kathy Winings (UTS’87), Vice President of Academic Affairs, Dr. David J. Billings III, a member of the UTS Board of Trustees and Dr. John Paul James, the Principal of Logos Christian Academy of UTS were advising students and prospective students of the new courses to be offered in February of 2016. Doug Burton and Jose Ferrete were on hand there as well.

"Our UTS courses train you how to think and ask questions,” Dr. Winings said, adding, “I really believe in the value of our UTS degrees.”

The following day, Dr. Andrew Wilson (UTS’78), Professor of Old Testament at UTS, together with Mrs. Louise Strait, were the guest speakers at the New Hope Family Church worship service at the Melford Community Center. Wilson’s slide show was a comprehensive lecture on the providential path of Mother Moon, which emphasized that she has been an active and meaningful partner with her late husband in his 52-year ministry. Wilson received a standing ovation.  He later made himself available for a Question-and-Answer session during which time congregation members, as well as members of the Sanctuary church, were able to enquire about issues related to Mother Moon’s recent speeches. 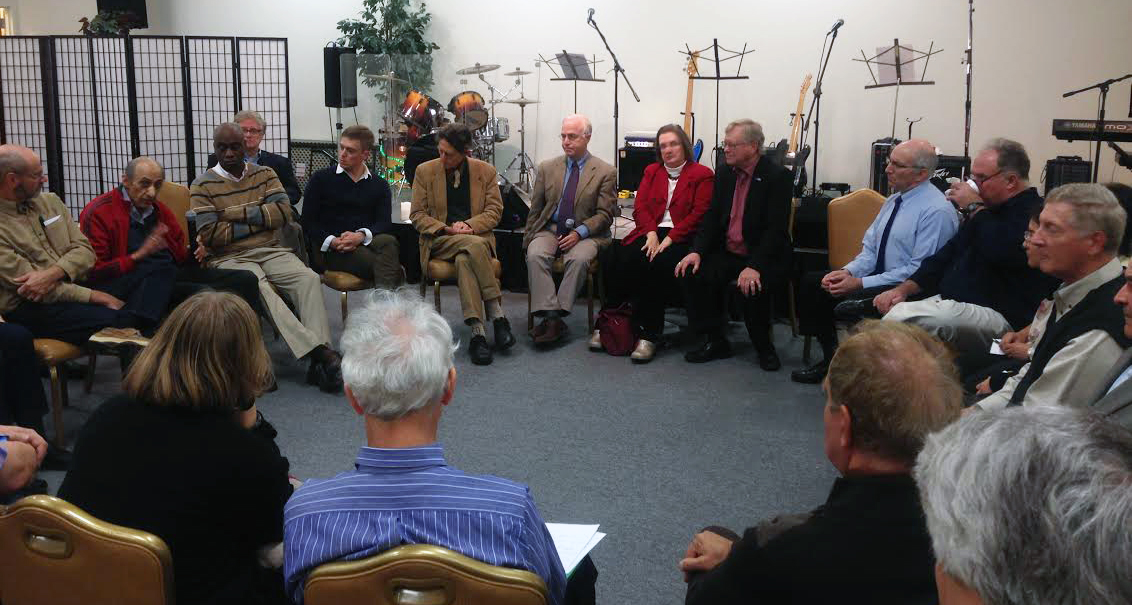