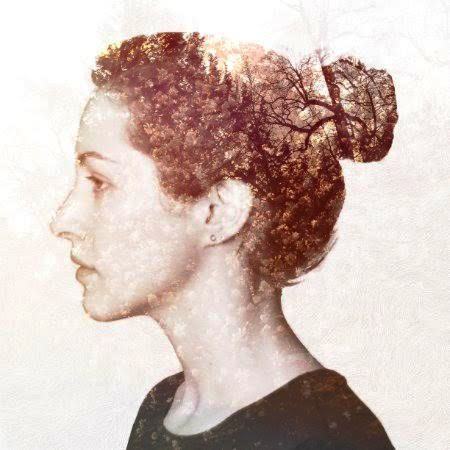 BARRYTOWN, NY - It’s nearly impossible to walk around the hallways, lecture halls and chapel at main campus of the Unification Theological Seminary (UTS) without noticing the upgrades and renovations that have taken place over the past three-plus years, and the past year in particular.

At the same time, it would be just as impossible for anyone who has visited the campus during that same time to overlook the work done by Shannon Forringer, who started working on what is being referred to as the “Barrytown Beautification” project nearly four years ago, and is still at it today.

“I was hired in the summer of 2012 as a Renovation Manager for the Summer intern project” said Shannon. “There were three teams of 4-5 people, all 2nd Gen, for the dorms and classrooms. We did the work on the East Wing dorms before the (Barrytown) college started.”

Shannon relinquished her full-time position in the Fall of 2012, but has continued the work on a part-time basis. Occasionally, she would have a helper or two, from UTS staff or sometimes students from the college’s work study program, but for much of the past three years has done the work mostly on her own.

“The work is gruelling,” noted Shannon, “but thinking about the students using the place kept me going. I was forced to get stronger, there’s no need to go to a gym! I also have to walk around a lot, so it’s like a full-body workout while getting productive projects done.”

Despite her never before having taken on such a large and demanding job, Shannon was initially hired because of her family work experience growing up.

“I did renovations with my dad (Jon Forringer) in the apartments my parents own and on our own house,” said Shannon. “I knew what to do as a manager as I taught my friends how to paint and renovate, and I’m a bit of a perfectionist so I’m good at quality control.”

The biggest job, but not necessarily the hardest, was preparing the chapel and outside foyer for the Barrytown College and UTS graduation ceremony last May. This also coincided with the removal of the stained glass windows and their replacement with the clear glass that’s in the chapel now. Shannon’s job was to fix the walls beneath the windows and repaint the area.

“I had one person helping me about half the time,” said Shannon, “and we did the foyer outside the chapel and the exterior stone work out front. It took about two months altogether, about a month in the chapel using ladders and a scaffold. The height and large area was a challenge, otherwise it was straightforward painting.”

Another big project was the preparation of the dojang for the Blessed Culture and Sports Festival that took place in early August. Peeling paint, caused by water damage, on the ceiling, walls and radiators had to be removed and everything plastered and repainted. Due to the room’s size and time constraints, four people, including Shannon, worked full time to make sure it was done on time for the festival. 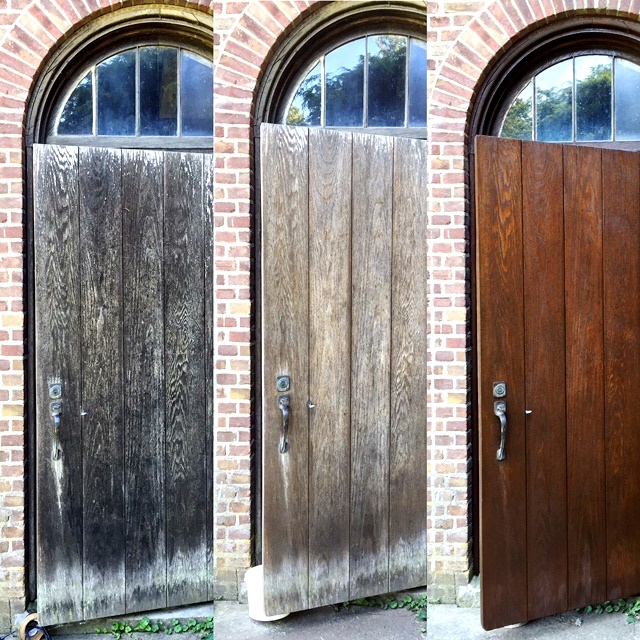 All-in-all, since renovations began in 2012, several projects have been completed, including (but not limited to): removing peeling paint, patching, and repainting the walls, ceilings and floors of the library, East Wing dorms, West Wing hotel rooms, bathrooms, stairs, the chapel, dojang, and the professors’’ offices and classrooms, including Lecture Hall II. Shannon also has done extensive work on the exterior doors, stripping them down and re-finishing them.

“When I bring people here I show them what I’ve accomplished,” said Shannon. “I take pride in the completed projects. I’ve learned a lot since I started. You learn as you go, and the learning was more intense because of the age of the building.”

While the work at UTS will continue for some time, Shannon, who received her Bachelor of Fine Arts degree from the Academy of Art University in 2013, is hoping to finish her time here by this summer so she can focus on her work as an illustrator.

“I’m working freelance right now, and doing custom portrait oil paintings on commission,” said Shannon, “but I’d like to do children’s book illustrations. The experience here has been valuable though, as I’d also like to renovate my future home.”

With her time here winding down, Shannon put her overall experience in perspective.

“This training was so valuable. I was able to fix things up to a good quality. When you do work like this nothing is lost; everything has value.”

She finished with one final thought.

“I like best the ‘after’ part of the before and after pictures.”