I was born in the Netherlands, stereotypically known as the land of windmills, tulips, bicycles and cheese. Among intellectual types, the Netherlands is also known as the land of Rembrandt and Van Gogh, of Erasmus and Spinoza. In modern popular culture, people are mostly familiar with Dutch corporate giants Phillips and ING, and football prodigies Johan Cruyff and Marco van Basten. In my youth, I was not interested in the economy and ignorant about football, and I would not have believed it if a fortuneteller had told me that I eventually would become the author of sports biographies that would sell tens of thousands of copies worldwide. 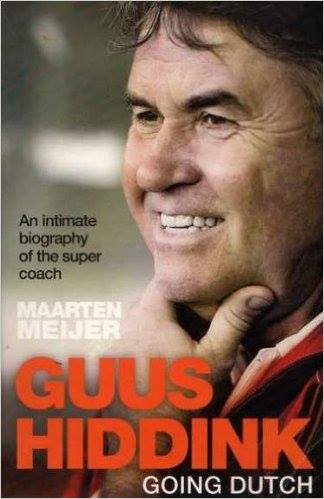 I did read Spinoza, and also the darker works of his German and French colleagues Nietzsche and Camus, in the languages they originally were written in. They inspired in me a dislike of religion; one of my favorite pastimes was trying to prove believers in God wrong using my understanding of existentialist philosophy and evolutionary biology. Frankly speaking, I was getting quite good at it. Of course, this is not something that I take pride in today, but back then I could not understand how people could so easily be taken in by beliefs that were as irrational and illogically formulated as the Christian gospel. I concluded that belief in God was absurd. That was, until I encountered the Divine Principle.

As so many people in their restless younger years, I went on a spiritual search. I read and traveled voraciously. After joining a crew of four, sailing a yacht across the Atlantic Ocean, I went on a whirlwind tour of the Americas. I vividly remember hearing the Principle for the first time, in California, in 1980. I was stunned, overwhelmed, and finally moved to tears as I understood the Purpose of Creation, the Fall of Man and the Mission of the Messiah. That was the beginning of a “missionary career” that now spans thirty-five years and three continents. Myra and I were matched and blessed in marriage by Rev. and Mrs. Moon in 1982 in New York City, my wife’s hometown. After stints as state leader in Oregon and Montana, I graduated from the Unification Theological Seminary with a Master of Divinity degree in 1991. I volunteered to work in the former East Bloc and arrived only days after the dissolution of the Soviet Union. I spent nine years in Russia, first as the Moscow Region church leader, then as a doctoral student at Moscow State University.

Around the turn of the millennium, Myra and I felt God was calling us to work in Korea. We came to our spiritual homeland in the summer of 2000, just months after I graduated from my PhD studies. Then, after a difficult start, trying to once again get settled in a completely new national environment, and this time with three children, the 2002 FIFA World Cup happened.

Like so many in Korea, I remember that sweltering, amazing summer as if it were only yesterday. It was an emotional joyride of unprecedented proportions. Then, when I was watching the Korea–USA match, it hit me like a lightning bolt: The Korean national team had a coach who was, like me, a Dutchman! I should write a book about him! I discussed this sudden inspiration with Myra, who was then eight months pregnant with our fourth child. Within days I was on an airplane to my home country, and I watched the remaining World Cup games in coach Guus Hiddink’s hometown, sitting next to his parents and his older brother Hans, in a café with Dutch, German, and Korean media crews swirling around us.

Upon my return to Korea, I met Hiddink in his hotel, the Seoul Grand Hyatt, and I wrote “히딩크 평전” (released in English as Guus Hiddink: Going Dutch) in a mad rush to the finish line. The book was published only weeks after the conclusion of the World Cup. My last child, our third son, and my first book were born at the same time, almost like in a relay race…. That was the beginning of an amazing writing career. I wrote book after book, which by now have been published in ten different countries around the world, in nine different languages.

I have written books about football, about Korean culture, and about education. The most recent book on education was a comparison between Finland and Korea, two education overachievers, which was coauthored by my then twenty-six-year-old daughter Renée, who did on-location research in Helsinki. There was a dawning awareness in me that I was not just writing for myself or some random audience, but that I was writing for God’s children in Korea and around the world; that I was not just writing by myself, but that I was writing with God. I started to pray to God to use me as his instrument: “Make me Your voice; make me the pen in Your hand.”

Then one day in 2011, the opportunity came to write a book about the Unification Church, the seventh book I would be writing. Actually, this was not just going to be a book about the Unification Church, but about everything that is nearest and dearest to me: God, Father and Mother Moon, Divine Principle, the Marriage Blessing and the worldwide community of blessed brothers and sisters. It was a dream come true.

I could never have guessed that this would be the beginning of a four-and-a-half year battle of writing and rewriting; of collecting stories about blessed family love and life, about faith and adventure from church members all over the world; of revising and editing; and of rewriting some more. Nothing I had ever written even came close to making the same mental, emotional and physical demands of me, including my PhD dissertation. I had never cried over a book before, but now I found myself spending countless hours in tearful prayer.

The understanding and patience of my translator, In Sung Moon, and of my publisher were severely tested, but to their credit they endured the trials with me. In fact, the publisher, Kyung Hee Lee, was clearly guided by God. Not only was it quite astounding that she, who is not a Unification Church member, would be inspired by the idea of publishing a book about our church, but even more so that she remained a believer in this book throughout the entire long and challenging course of its production. 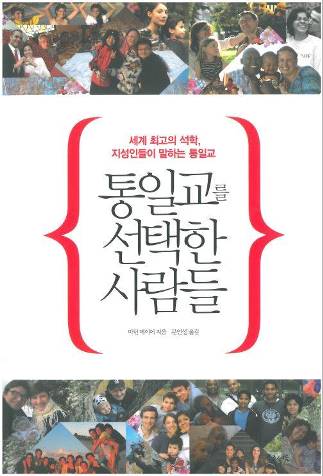 On the night of the day that “통일교를 선택한 사람들” (People Who Choose the Unification Church) was printed, Mrs. Lee received an intensely vivid spiritual dream. She saw a small, oil-fueled lamp, the type that Father Moon used to write the Divine Principle by. Gradually, the lamplight brightened, with the fire inside burning stronger and stronger, until it completely engulfed the lamp. The blaze became so intense that she thought it might explode into a conflagration. She awoke at 3:00 am and made drawings of her vision, which she photographed and stored in her cell phone. A few days later, she drove the distance from Seoul to Cheongpyeong, with one hundred copies of the book in the back of her Mercedes Benz, to personally offer the result of our joint hard labors to me, which is a very unusual thing for the president of a publishing company to do.

This book is not just mine—it is an offering, a testimony of many to the great love and wisdom of God and Rev. and Mrs.Moon. Forty-six colorful real-life stories from Unification Church members and ambassadors for peace enliven the narrative—people from Argentina, Belarus, Brazil, Czech Republic, England, France, Germany, Guyana, Iran, Italy, Japan, Korea, Nepal, Nigeria, the United States, and Zambia. Twelve full-page, full-color illustrations, one for each chapter, were especially created for the book by a group of Russian artists and graphic designers.

The book is very direct: All the essential aspects of Divine Principle and Father Moon’s teaching are openly displayed and clearly explained. This book is a wonderful way to dispel the misinformation and half-truths that have been circulated by detractors of the church, or of the Family Federation for World Peace and Unification, as it is called today, and to share the power and beauty of Father and Mother Moon’s vision for a world of true love and peace.

Note: This article is adapted from a previously published article by PeaceTV