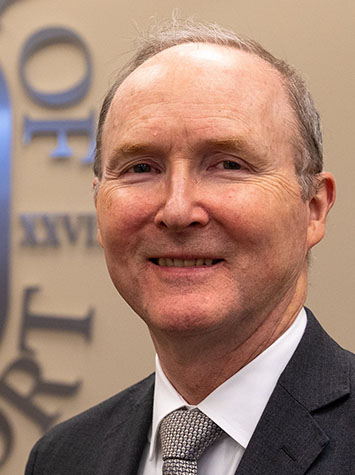 Prof. William D. Lay is an attorney and Former Director of the School of Public and International Affairs at the University of Bridgeport, where he also served as Chair of the Criminal Justice and Human Security program, and as President of the Faculty Council. He is a graduate of Columbia Law School, were he was senior editor of the Columbia Law Review and a Harlan Fiske Stone Scholar (all semesters). He clerked for Judge Joseph W. Bellacosa of the New York Court of Appeals, and practiced law for twelve years at the Fried Frank and Skadden Arps firms in New York City, before opening his own law office in 2005.