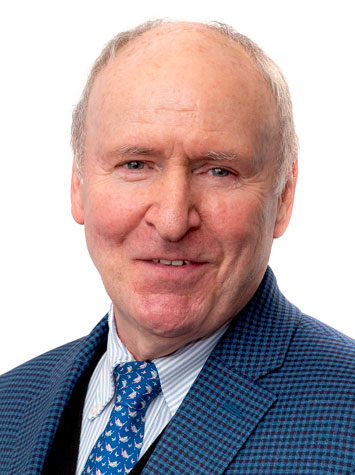 Professor of Peace and Development

Thomas J. Ward serves as Provost and Professor of Peace and Development Studies at Unification Theological Seminary. Immediately prior to his current role, he served for three years as the President of UTS, and previously eighteen years as Dean of the University of Bridgeport's College of Public and International Affairs where he taught graduate courses on Culture and Development, Peace and Conflict Studies, and Political and Economic Integration.

Dr. Ward has lived and worked in the United States, Europe, Latin America and East Asia. He lectures in English, French and Spanish, and has a working knowledge of several other European and Asian languages. In 2008 he was appointed to serve as a member of the Connecticut Department of Higher Education’s Policy Advisory Council on International Education and served in that role until 2011.

Ward’s writings and research have been published in the Washington Times, World and I Magazine, the International Journal of World Peace, East Asia Quarterly, Asia-Pacific Journal: Japan Focus, the Journal of Unification Studies, Unification Thought Institute (Japan), Paragon House, and E-International Relations. He has been a Fulbright Scholar, a Taiwan Foreign Ministry Research Fellow, and a guest lecturer at the Academy of Social Science in Beijing and at Academia Sinica’s Institute of Modern History in Taipei.

Dr. Ward has authored or edited more than ten books including March to Moscow—The Role of the Reverend Sun Myung Moon in the Collapse of Communism (Paragon 2005).

Distinguished Dean Emeritus of the Bridgeport College of Public and International Affairs (May 2019).