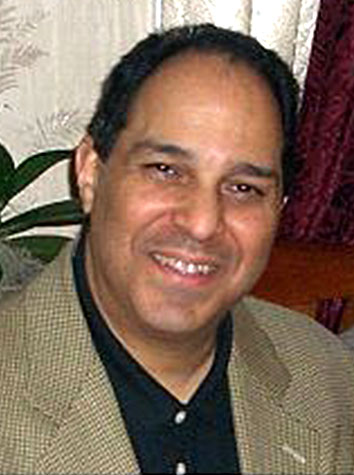 Dr. Frank Kaufmann is president of the Values in Knowledge Foundation, editor in chief of New World Encyclopedia, director of the Inter Religious Federation for World Peace, executive vice president of PrayerSpark, and columnist on religion and government at various on line media.

The Values in Knowledge Foundation challenges the predominance of poor and harmful information transmitted through media and on line applications. The New World Encyclopedia is a values based, general knowledge encyclopedia, the flagship project of VKF. vSearch, a values driven search application is under development.

The Inter Religious Federation for World Peace is a 24 year old project dedicated to interreligious reconciliation and cooperation to harmonize social, communal, and international relations.

Frank Kaufmann's work for peace includes consultations with governments, and efforts in over 65 countries with successes in conflict ridden and violent environments.

Frank Kaufmann's peace missions include work in Israel and Palestine, in refugee camps in Croatia, and the Eritrea-Ethiopia border, Hindu-Muslim conflict zones in India and Kashmir, revolutionary centers of southern Philippines, the Gulf, Sri Lanka, and elsewhere.

Collaborators in this work include major, international religious figures, including His Holiness the Dalai Lama, Greek Orthodox Patriarch (Dimitrios), Pope Shenuda of Cairo, Grand Muftis of Syria, Yemen, Israel and Gaza, Chief Rabbis and religious figures throughout Israel, Protestant and Catholic leaders in Europe, the Americas, Africa, and Asia, leaders from the Russian, Greek and Syrian Orthodox churches, and major international figures from Buddhism, Hinduism and other world traditions.

Dr. Kaufmann is widely published and a known speaker on matters explaining religious dimensions of contemporary affairs, and ways for effective mediation and reconciliation.

On June 5, 2010, Dr. Frank Kaufmann was awarded the 2010 Visionary of Peace Award by the Interfaith Roundtable of Ireland, the Inter Cultural Peace Center, and the Sheikh Satardien Justice and Peace Foundation, and has since gone on to received several more peace and interfaith citations. Dr. Kaufmann served to consult for the establishment of Islamic Banking in predominantly Catholic Ireland, and mediated the relationship between the city of Seoul, Korea, and the New York City based Parsons School of Design.

Frank Kaufmann is on the board of directors of Bridges to Common Ground, and serves in senior administration and boards of several other international, peace initiatives.