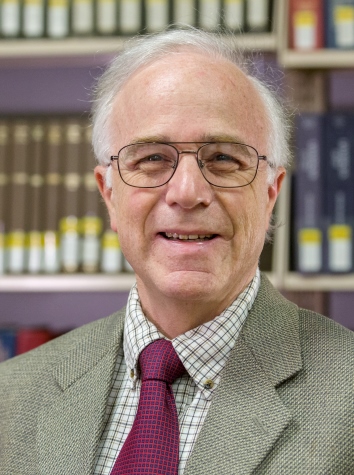 Dr. Andrew Wilson’s approach to Scriptural Studies is theological and ecumenical. His Old Testament courses explore what the scriptures mean and have meant to diverse communities of faith—the people of ancient Israel for whom they were written, the early Christians who read them in the light of Christ, and today’s believers—Jews, Christians of all stripes, and Unificationists. He challenges students to become interpreters of the Bible who can infuse it with new life for today’s believers and seekers of truth.

Dr. Wilson is a prolific scholar, whose books and papers cover diverse topics ranging from religion and peace to character education to the theory of the spirit world. Being well-acquainted with Jewish attitudes and thought, he has written on the problems of Jewish relations with the Unification Movement for the past 30 years and has been a frequent participant in MEPI (Middle East Peace Initiative) activities in Israel.

Wilson's efforts on behalf of inter-religious harmony led him to write World Scripture: A Comparative Anthology of Sacred Texts, which has become a standard work of interfaith scholarship and a resource for interfaith worship. He has also been writing and teaching in the area of feminist theology, especially on relating to God as Heavenly Mother.

As a committed Unificationist, Wilson gives regular courses on Divine Principle and other denominational topics. He contributed his interfaith scholarship to writing a second volume of World Scripture that includes a broad selection of Rev. Sun Myung Moon's words. That book was adopted by the church as one of its eight official textbooks. Also, in recent years he has written and lectured passionately in defense of Mrs. Moon's leadership of the church.