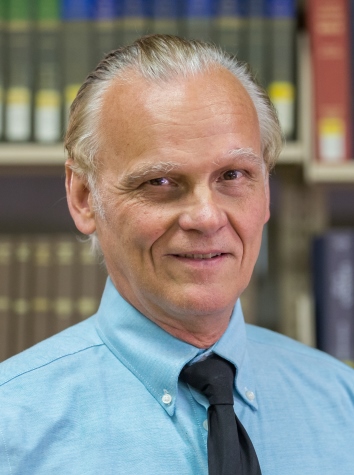 Dr. Brown has lived for extended periods of time in various countries of the world and experienced most world religions first hand. He spent five years in Jerusalem, seven in Geneva, Switzerland, five in Boston, a year each in Budapest, Prague, Paris, Moscow and Mexico City, periods of several months in China, Indonesia, Senegal, Cameroon, Peru, Egypt and Haiti, and the past 24 years in New York City, where he presently resides.

In addition to teaching world religions at UTS, Dr. Brown teaches history, political science, and ethnic studies full time at Touro College in Manhattan, where he was honored with the Teacher of the Year Award in 2002. He is a licensed New York City tour guide and can be often seen guiding groups through the streets and neighborhoods of the city.

Dr. Brown is a New York Council for the Humanities featured lecturer where he presents programs on the city's ethnic neighborhoods, famous people, historic events, and houses of worship at New York State colleges, universities, libraries, and historical societies. He is also a docent at the New-York Historical Society where he leads tours of the various society exhibits.

Dr. Brown's understanding of religion is tremendous. His international perspective helped me see the need for a broader worldview."